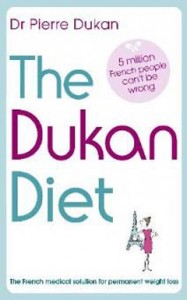 The Dukan Diet is a diet that, while not new, is growing greatly in popularity. It was invented by a French doctor, Pierre Dukan, over a decade ago and is similar to the Atkins diet. The Dukan Diet is based on reducing carbohydrate intake as well as shaping a pattern of behavior that is not only easy to follow, but will continue throughout the dieter’s life.

Four Phases of the Dukan Diet

Phase 1: Attack. There are four phases in the Dukan Diet, the first of which is called the “Attack” phase. This phase lasts between 1 and 10 days during which the dieter can expect to lose up to 7 pounds in 5 days. During the “Attack”, the dieter is to eat only lean and low fat protein. In this phase, a major trait of the Dukan Diet is introduced, oat bran. seo competition discovery The oat bran is something that Dukan believes everyone should eat regularly their entire lives. During this phase, dieters should eat 1.5 tablespoons of oat bran a day along with 6 cups of water.

Phase 2: Cruise. In the second phase, “Cruise”, the dieter continues to eat plenty of protein, but they can now also eat an unregulated amount of non-starchy vegetables every other day. Starch filled vegetables that are not allowed in this phase include potatoes, carrots, peas and corn. The amount of oat bran to be ingested increases to 2 tablespoons per day. This regimen should be continued until the dieter reaches their target weight and they can expect to lose about 2 pounds a week.

Phase 3: Consolidate. The third phase is called “Consolidation”, the restriction are loosened significantly in this phase. Dieters can now eat vegetables every day along with one piece of low sugar fruit, 2 slices of whole grain bread, and 1 portion of hard cheese. In this phase, dieters are also allowed to have 1-2 celebration meals a week where they can eat whatever they want, so long as they stick to the diet the rest of the week. In this phase, another life long trait is introduced, eating lean, low fat protein only for one day every single week, preferably the same day each week.

Phase 4: Stabilization. The final phase is the phase that will last for the rest of the dieter’s life, “Stabilization”. In this phase, what the dieter eats is not restricted except for spending one day a week eating only protein and eating 3 tablespoons of oat bran every day. This phase is meant to be easy to maintain while keeping the dieter reminded of their commitment to themselves to stay healthy.

Dr. Oz, of the Dr. Oz show is a fan of Dukan and the diet saying, “I’ve spent a lot of time with him [Dukan], and he’s a very insightful man. He has designed a program based on the tens of thousands of patients that he has managed in his own life over his 35 year career.” One major tenant of the Dukan diet is that everyone is different and his website offers personal evaluations and coaching.