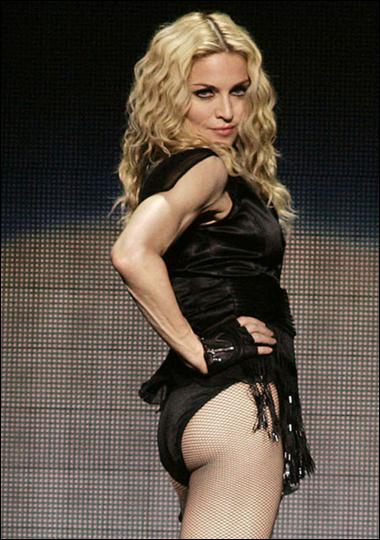 Madonna is one of those artists that never fades away. Now, at 56 years old she has an athletic body many people admire.

In fact, in her music video Hung Up, she did not only impress people with her lean physique but also with her flexibility which seemed to have no limits. This is not free, however as it isn’t the Kabbalah that keeps her that way. Madonna has one of the strictest and most difficult diets and exercise regimes of celebrities and in this article you will get an in-depth look at it so you can also apply it to your life – if you dare to do so!

In an interview with Larry King on CNN, Madonna confessed that her diet consists almost exclusively of Japanese food and can be considered a macrobiotic diet which basically means a diet that looks forward to balance yin and yang energies in the body – not what you were expecting, huh?

While Madonna carries with her a Japanese chef everywhere she goes, the average person may not be able to afford this luxury. However, here we’ll let you know the type of foods Madonna eats to look the way she does.

Michio Kushi, one of Madonnas previous chefs stated that the Macrobiotic diet contained primarily legumes, whole grain cereals, veggies, fruit, soy, and seaweed in balanced proportions. It is interesting to note that the diet contains little protein and fat with lots of carbs – which is not your typical celebrity diet!

While some of the names of the actual foods are very hard to pronounce given their Japanese origin, they include:

– A mixture of raw and cooked veggies

– Beans (tofu, miso, and tempeh – good luck at finding these in the supermarket)

– Nuts of all varieties

– Drinks that are mild such as the bancha wing tea

Dinner
A typical dinner for Madonna – as she stated it in Larry King’s interview – consists of fish, grains, beans, and salad. Sometimes she also eats desert (believe it or not) and it’s basically a simple toast with strawberry jam.

It is not all about the diet, Madonna also does strenuous exercise.

She said on a report published on the Daily Mail that she works out 2 hours daily an average; 6 days a week – phew!

However, it’s not two hours in a row, so you can relax a bit. It is divided in two main sessions. On the mornings – she either does yoga (more on this later) or pilates.

In the afternoon she practices an active sport which can be one of the following depending on her mood: cycling, riding a horse, lifting weights, running, swimming, and karate.

I almost forgot to mention that besides the two hour exercise regime that Madonna has almost every day, she also uses the Stairmaster when she is in her office answering phone calls. And this she does for 45 minutes. The Stairmaster is simply a device similar to an electronic gym walker with the difference that it isn’t flat and has stairs instead.

Other devices she uses occasionally are the Gyrotonic Expansion System to tone and stretch small muscles, and the Power Plate which is a vibrating device that increases bone density.

Now Let’s Get To Yoga

Her favorite yoga style is Ashtanga (believe me there are lots of them). The Ashtanga yoga combines taking breath with the changing of postures. What this does is that it heats the body so as to produce excess sweating coming from her body.

It also produces a gradual detoxification of muscles and body in general. There are six basic postures in every session which are repeated once each series is terminated. Another purpose of this type of yoga is to improve flexibility and strengthen tendons to decrease risk of injury.

It isn’t easy to be Madonna and it certainly isn’t easy to follow her weigh-loss regime. A mixture of a Japanese style diet, and intensive yoga, pilates, and exercise is what it takes to be 56 years old and look like you are in your 20s.

We have let it all out and although she didn’t used this particular diet and regime to lose a certain amount of weight, it is more of a lifestyle choice for her.